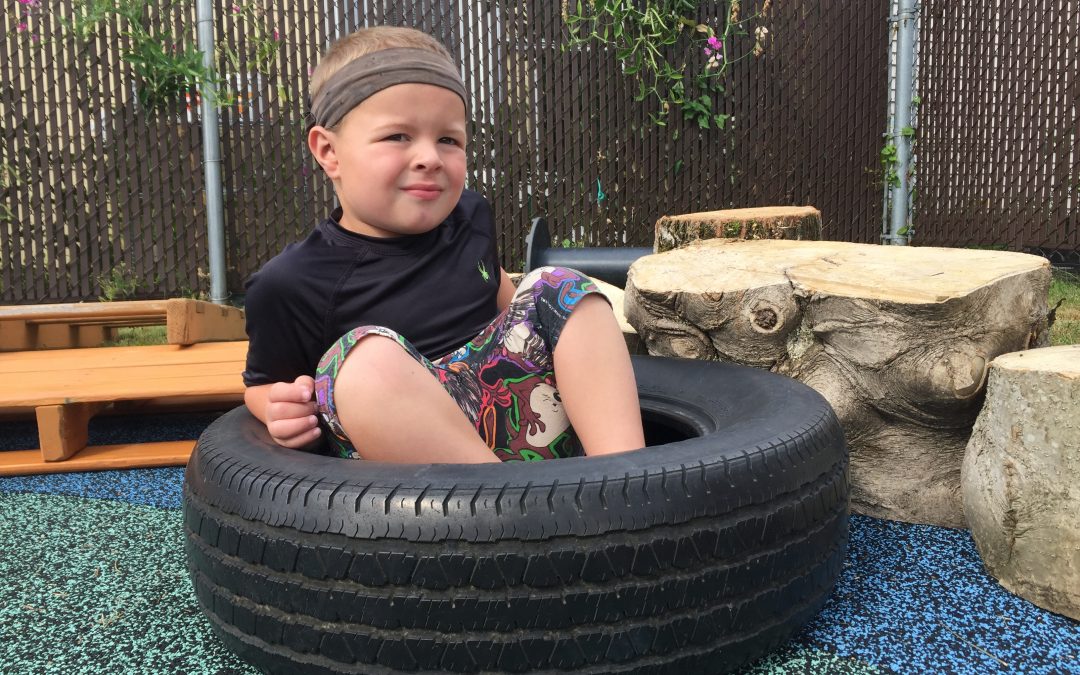 Leo Larmand — clad in a headband and multi-coloured shorts, standing atop two stumps of wood — is this year’s poster child for the 45th Comox Valley Child Development Association Children’s Telethon.

Since last September, four-year-old Leo has been attending The Autism Program (TAP) at the CVCDA.

“Leo was born profoundly deaf and received bilateral cochlear implants at a year old that give him the ability to hear,” his mother Marianne said. “We started noticing something more was going on for Leo around two years old, and he was diagnosed with autism in March 2019, just after he turned three years old.”

Immediately, the family began to seek out services for Leo and came across the TAP program.

“We have struggled in the past with adequate supports for Leo as his dual diagnosis makes communication even more difficult,” Marianne said. “After our first meeting with TAP we knew it was perfect and exactly what Leo and us, as his parents, needed. We have always felt supported and that our opinion matters. Leo has always been treated with great respect. He has made incredible, unique connections with the staff.”

She said her son has “grown an amazing amount” after attending TAP for a year. Most notable is his ability to effectively communicate by using PECS (Picture Exchange Communication System). He is transitioning to a speech program on an iPAD.

“We still can’t believe the successes that Leo has made in just one year attending TAP, and we are so looking forward to accomplishing more goals with TAP’s guidance and support,” Marianne said.

Leo has a younger brother, Everett, who is three. Marianne and her husband, Brenden Larmand, are expecting a third child in November.

The Nov. 1 telethon marks the 45th year of the fundraiser. Although this year’s event is virtual, there will be some live performances — mainly dancers — at the Sid Williams Theatre on Sunday, Nov. 1.

Last year’s telethon raised close to $100,000, while the previous year topped the six-figure total. The money helps to sustain programming at the CVCDA, which supports children, youth and adults with diverse abilities — along with their families.

More than ever, telethon organizers require help from the public. Letters have been sent throughout the community to request donations for the online auction.

“We’re still in the process of figuring out the best ways to readjust to a virtual telethon,” said Brooklyn Galloway, the CVCDA’s marketing and communications manager. “It’s kind of exciting to imagine how it will go. We will be putting a lot of emphasis on our auction this year, and just reaching people online.”

Anyone wishing to make a donation to the telethon is asked to call the CVCDA at (250) 338-4288. or visit our online DONATION FORM.