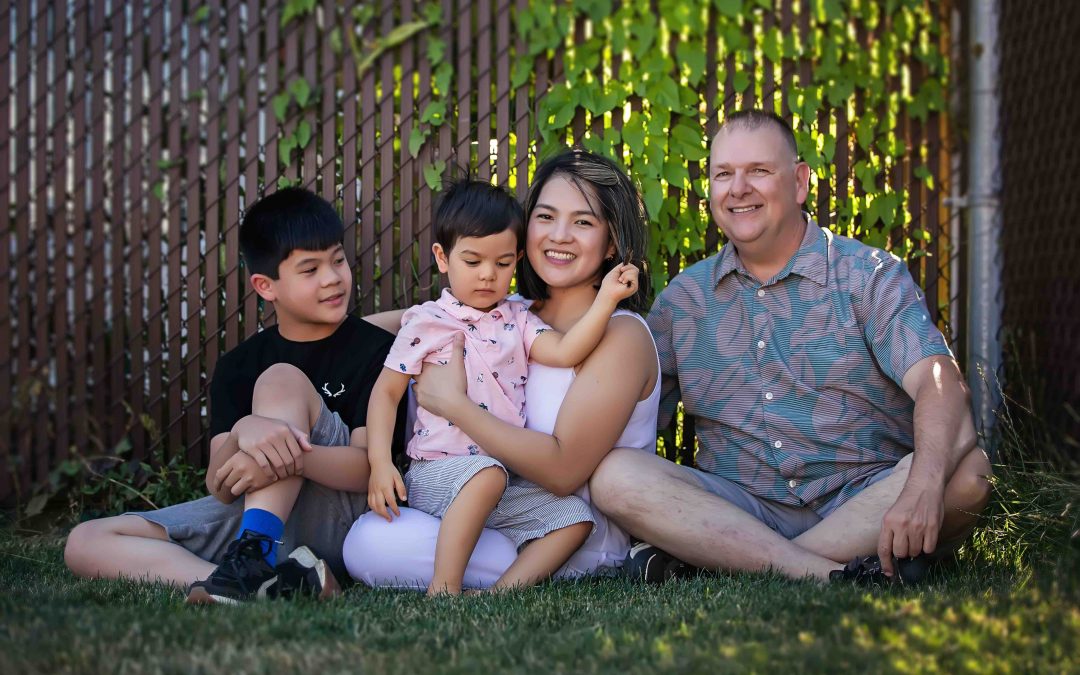 The 46th annual Comox Valley Child Development Association Children’s Telethon will take place Nov. 7 and broadcast live from the Sid Williams Theatre, and a long-standing tradition is to set the telethon wheels in motion with the introduction of the year’s ‘Ambassador Family.’

The Lestages – Karen and Shawn, and their two sons, Zoey and Zander – have been chosen as the Ambassador Family for the 2021 CVCDA telethon. The Lestages have been clients of the CVCDA since the early stages of Zander Lestage’s life. Zander began having seizures within days of his birth, which led to approximately six weeks of treatment in Victoria.

“They did genetic testing to see if there was a genetic component to his seizures, and sure enough they found one in the gene called Scn2a, which is known to cause infantile seizures, epilepsy, autism… movement disorders, all associated with the brain,” said Shawn. “Zander has been diagnosed with epilepsy and autism.”

Zander began treatment at the CVCDA in December of 2018, in the Infant Development Program.

“Zander was referred to the Infant Development Program (IDP) after suffering from seizures shortly after birth and began receiving services when he was four months old,” explained Chelsey Newton, an infant development consultant at the CVCDA. “The Infant Development Program works with children from birth to three years old who have developmental delays or are at risk for developmental delays. Over the past three years, IDP has monitored Zander’s development and supported the family in a variety of ways including accessing other services as needed.”

He has received Physical and Occupational Therapy through the Early Intervention Therapy department, and enrolled in The Autism Program – another CVCDA service – in August of this year.

Shawn said having all those services under one roof is extremely beneficial.

“Oh, it’s great. He gets a couple of hours of one-on-one. It’s also a bit of respite for us. If Karen wants to go grocery shopping, or run errands, she can. So having that two hours where Zander is getting attention and they are working on his needs, and Karen can do other things, is a (bonus).”

Shawn said Victoria General staff referred the family to the CVCDA shortly after Zander’s admission to the hospital.

“Chelsey started seeing us when Zander was just months old, and he took to her right away,” said Shawn. “The CVCDA, they are wonderful. We feel very well taken care of by Chelsey. She is very attentive to Zander’s needs, and we are grateful that we were referred to them. We have never felt alone (in the process). We have always had someone watching over Zander as he develops, and pointing out where he should be (in development).”

Shawn and Karen said when it comes to child development, the CVCDA is in a league of its own.

“They are right on the top (of the list),” said Shawn. “They offer so much support. And not just for Zander, but for us too. They’ve given us tons of information.”

“They are on top of everything,” added Karen. “Especially Chelsey. Without her, I don’t think we would have found out about some of Zander’s needs). She’s very attentive.”

The selection process for the Ambassador Family is an informal process, where different CVCDA program staff will bring forward suggestions of families who might be a good fit. Ideally, the CVCDA attempts to highlight families who have benefited from a team of service providers in varying programs as in the case of the Lestages. Family suggestions are then discussed and narrowed down by our program managers before the family is invited to participate as our Ambassador Family.

Anyone wishing to make a donation to the telethon leading up is asked to call the CVCDA at (250) 338-4288 or visit our online DONATION FORM.