The CVCDA Board of Directors are seeking new volunteer members to bring their skills and talents to our Board. The CVCDA has been serving families in the Valley since 1974. Our agency has grown to include comprehensive child development services and programs which help support children to thrive in their family, school and community environments. If you are a business or community member who would like to be involved in the future work of the CVCDA, we would love to hear from you!

We are looking for community minded volunteers, who have experience with or an understanding of non-profit business, fundraising and child development. Please fill in the application and submit to cindy@cvcda.ca 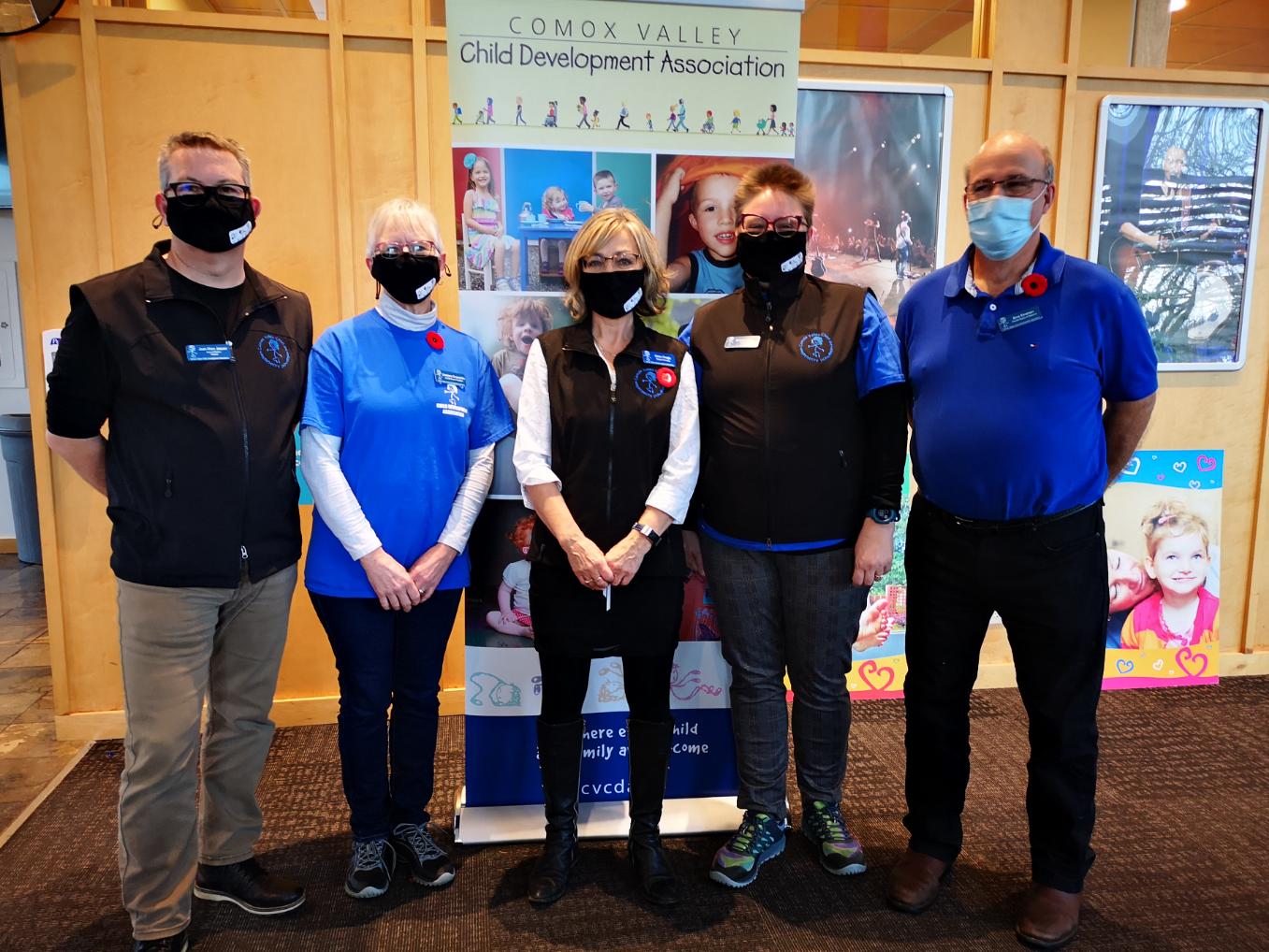 Role Of The Board

The Board of Directors is elected from the membership for a two year term of office at the Annual General Meeting held in September. The Board is a decision-making entity, with jurisdiction over agency planning and policy. The Board has fiscal and legal responsibility for the agency. It is the goal of the agency to have an active, visionary board representing a wide variety of interests and knowledge.

The Nominating Committee is a standing committee of the Board appointed following the Annual General Meeting each year. The committee receives names of anyone who might be interested in joining the Board. The Nominating Committee also recommends directors for the executive office. Directors may hold executive office for two years or longer. The Board meets monthly in the evening.

Daily operational decisions are the responsibility of the Executive Director, who reports to the Board.

This year’s AGM was held Wednesday, September 21, 2022 at 5pm in the Comox Valley Autism Centre. Additionally, the meeting was also streamed via Zoom. Please email cindy@cvcda.ca for more information.

You must be a CVCDA Member in good standing to vote at the AGM.  To become a member you must be paid up no later than six weeks in advance of the AGM. Individual membership dues of $2.00 can be paid in person at the CVCDA’s main reception (237 3rd Street, Courtenay) OR coming soon, online via Board page at www.cvcda.ca/board-of-directors. 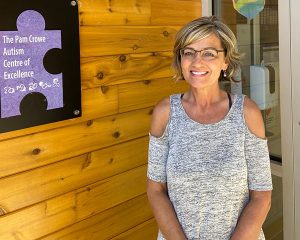 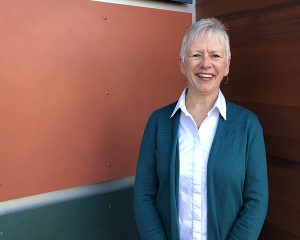 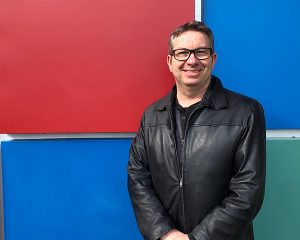 Jean-Marc first joined the CVCDA Board in 2014, later on becoming Treasurer.

With a Master’s degree in Economics – Business Management, he has been in commercial banking for thirty years, first in Switzerland and for the past twenty-four years, with Canadian Western Bank on Vancouver Island. Prior to banking, he spent two years as an officer in the Swiss Armed Forces.

Married to his high school sweetheart since 1995, he has two children (Emma and Maxime). Max was born in 2001 with severe physical and development disabilities. During his entire life (Max passed away in 2010), the Nanaimo Child Development Center (Infant development program, occupational, physio and speech therapy, as well as the school support program) played an essential role in his development and support to the Jaquier family.

As a way to give back, Jean-Marc joined the board of the NCDC in 2002 and contributed both as a parent of child with special needs and with his financial and organizational expertise.

After moving to the Comox Valley in 2013, he decided to join the CVCDA Board and continue to provide his expertise and the benefit of his business network in the Comox Valley.

Besides his work with the Child Development Centers, Jean-Marc actively participated to the Strathcona Sunrise Rotary for six years, acted as school mentor for two years with Big Brother & Big Sister and also participated to the Junior Achievement program in Courtenay.

Jean-Marc’s involvement with the CVCDA opened his eyes to the significant needs of our communities when it relates to children with diverse abilities. Joining the board of these centres and being able to help and make a difference for these children and families has been a great satisfaction and pride for Jean-Marc for the past twenty years. 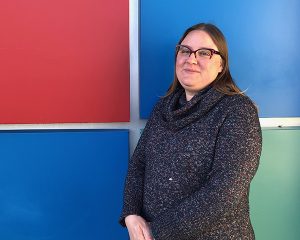 Samantha is a director at large with the CVCDA. She has an extensive background working in outdoor youth education at various outdoor school programs. She has also worked with street involved and at risk youth in safe house settings in the Edmonton inner city area.

It’s important to her, that the work she does makes a difference in youth’s lives and she especially enjoys introducing youth from diverse backgrounds to the outdoors.

Some of the highlights of her career have included developing a hydroelectric system interpretive trail and curriculum development for Blue Lake Education Society (now Columbia Outdoor School) in the Purcell wilderness.

Samatha’s local volunteer experience includes working on the medical team and fostering for Kitty Cat Pals, being a volunteer scout leader for the Cumberland Scouts group, Autism BC where she co-created the Social Sundays Autism group. She has also volunteered on the board of directors for the Sharks swim club.

Samantha firmly believes in giving youth the tools to creatively shape their lives and thrive independently. Since moving to the Comox Valley, in 2007, she has really noticed and appreciated the welcoming nature of this community and the strong sense of altruism that exists here. Her passions for the outdoors, gardening and chickens has also found a home here.

When her children were born in 2008 and 2009, they noticed some differences in their development and the CVCDA was instrumental in helping to get the help they needed. Her children first attended Early Intervention Therapy including Occupational and Physical and Speech therapy before attending The Autism Program (TAP) at CVCDA for many years. The experience was life changing for the entire family and Samantha found herself with a strong desire to give back to the organization that helped her family so much.

CVCDA is important to her because it allows all children in the community a chance to thrive and become their best selves. 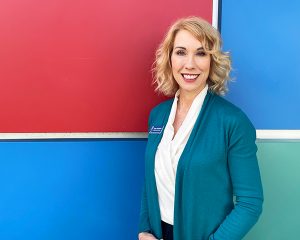 Dawn Hannesson is an Account Manager at Canadian Western Bank with over 22 years of banking experience, with certificates in both Accounting and Financial Services Advice. She has recently won CWB’s Quarterly Pillars of Excellence Award, and was previously a recipient of the Champions Award at TD. Dawn has been involved in the special needs community for many years, and has witnessed firsthand the important work that the Comox Valley Child Development Centre does, as her daughter, Ashley, has taken part in several therapies and programs at the Centre over the years. Dawn is passionate about seeing and helping special needs children and their families thrive and is excited to be part of this community. 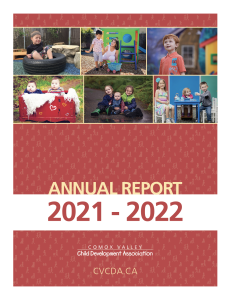 We welcome board member applications at any time.

The Comox Valley Child Development Association provides services to children, youth and adults with diverse abilities and their families. Our primary location is in Courtenay at the corner of Third Street and Cliffe Avenue, but our work also takes us into schools, homes, and other parts of the community.

All of the services at the CVCDA are family centred. This means we recognize that families know their children best and play the most important role in their life. We support families to make decisions about their child’s services; we respect individual families’ values, beliefs, and cultural backgrounds. At the CVCDA, families are equal partners in the provision of services. 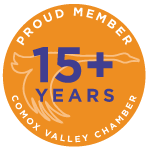